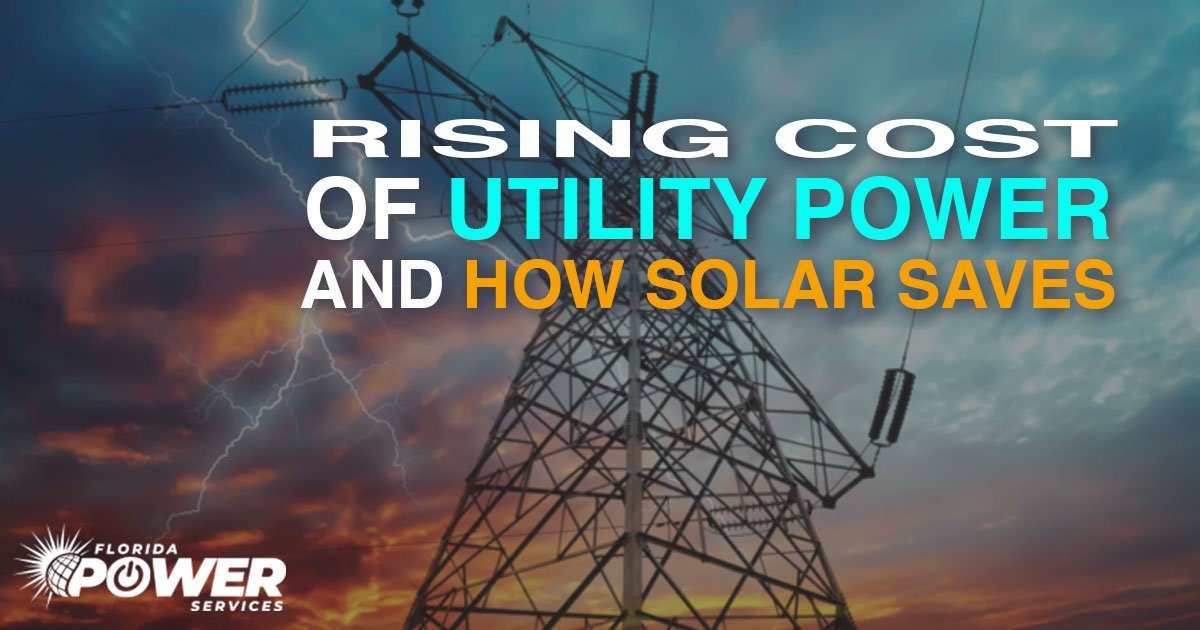 You may have heard about the rising cost of utility power. It’s no rumor, it’s a fact. Inflation will cause an estimated 4% rise over the next 25 years. While there are constant energy efficiency improvements, the bottom line is that rising costs are becoming inevitable across the United States. Solar owners have been aware of it for years and will save thousands of dollars over the next 25 years.

Important: Utility power rates are estimated to rise by 4% from inflation over the next 25 years. That doesn’t factor in the unpredictable chaos caused by the climate crisis and infrastructure investments. Here’s why those rates will continue to rise:

Electric utilities use various fossil fuels to generate power. Although fuel prices went down during the 90s, prices have been on the rise ever since. Particularly for natural gas and coal. The utilities need to cover today’s higher fuel and operating costs. Despite their best efforts to shield their customers, it always catches up with one result – higher utility bills.

How Much Have Utility Power Rates Risen?

According to the U.S. Bureau, electricity prices were 65.74% higher in 2018 versus 2000. Over the years, that adds up with you paying far more than you initially planned.

Florida’s residential utility rates are considered average for the U.S., at around 11.42¢/kWh. Duke Energy has also announced plans to invest in its infrastructure. These large plans are estimated to cost at least $28 billion. Those costs have to be covered somehow, and it’s almost always the customers who pay the price.

Unlikely. Utility companies who love fossil fuels tend to ignore this one big thing you might have heard of… The Climate Crisis.

As we’ve already mentioned, utility rates will increase by 4% from inflation over the next 25 years. Depending on how many solar panels you install, we could save you over $90,000 in the next 25 years by bringing your power bill down to the monthly utility charge of $11!

Depending on your solar system, you could be freed from the grid altogether. However, in most cases, you’ll still be able to get grid power but with significant reductions on your monthly utility bill.

Net metering gives you the ability to make money by feeding your excess energy back into the grid. As energy prices rise, there is a chance this system could really benefit solar owners.

Most electric utility companies bill you using a tiered rate plan. Usually, this means the first 1,000 kWh consumed per month is billed at the lowest rate per kWh – anything over that is billed at a higher rate. Solar replaces your highest power cost first.

Homeowners who install solar power systems in Florida can significantly increase their property resale value. For every $1,000 saved in annual electricity, a home’s value can increase by around $20,000. Your investment could pay for itself the moment it’s installed.

Gain Control Of How Much You Pay

Utility electricity rates fluctuate. Although they can go up and down, the statistics show that they steadily rise over the longer-term.

These changes are beyond your control. Solar gives you the chance to control how much you pay and stop worrying about what happens to the fossil fuel industry.

Get In Before Solar Booms

Solar power is likely to boom over the next 20 years. Homeowners will be looking to avoid rising energy prices and the U.S. will hopefully make a big push for clean energy. You’ll be ahead of the game, with no worry about how the market’s looking and could benefit from a massive property value boost.

Don’t Be Punished By Pandemics

1 in 3 Americans are expected to see their utility bills go up by at least 10% this year. The pandemic has forced many people to stay home more often and use more juice. Although the epidemic should hopefully be solved by next summer, there is no guarantee you won’t be staying at home more as we all fight to keep it under control.

Solar owners know that if another pandemic or outbreak hits, they won’t be worrying about how much their energy bill rises when they need to stay home.

2020 is the FINAL year you can get a huge 26% reduction on Solar Installations in Florida, as Federal Tax Credit reductions drop to 0% over the next two years.

For example, if your solar power installation in Florida costs $10,000, you can receive Solar Tax Credits of $2,600 in 2020. Avoid the rising costs of utility power and save thousands of dollars by acting fast!

If you’re interested in saving over $90,000 over the next 25 years, then schedule a consultation today to get started with Solar Installation in Florida. Remember, 2020 is the time to act! 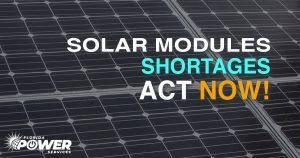 Florida may suffer from solar module shortages, as the U.S. fights to stop the import of goods that have been produced using forced labor. 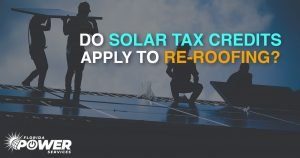 When deciding to install solar panels in Florida, one of the first questions you may ask is, should I re-roof my property? 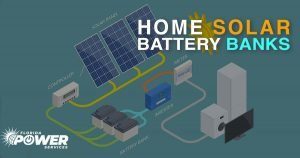 Home solar battery banks allow you to become fully independent of the grid, giving you your own electricity-creating property.